Types of board games 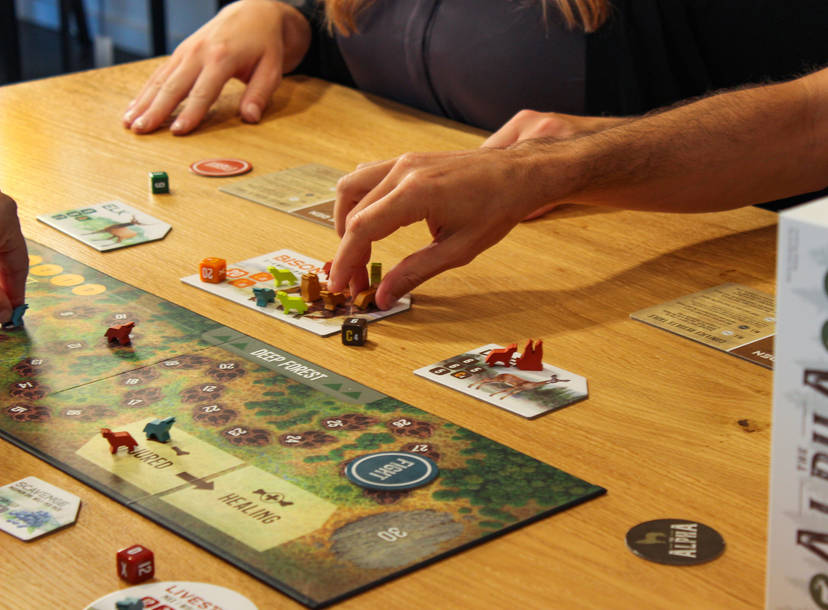 Types of board games

Board games with no theme or a theme that is so divorced from the real experience of playing that it may as well not exist. Draughts and Go are the purest abstractions, although chess, with its named pieces and historical military overtones, is rather themed by the category’s standards.

Players seek to control a space defined by some map or board, generally by adding their pieces to regions or areas or eliminating opponents’ pieces. Control may also be gained by restricting access to places rather than seizing them yourself – Scrabble, for example, might be considered an example of the genre!

Individual plays in campaign board games follow a succession of interconnected situations, with the actions and outcomes of one scenario frequently affecting the next. Legacy board games are a form of campaign game in which your decisions and actions generate permanent (often physical) changes to the game and its components, such as attaching stickers to the board or ripping up cards, resulting in a one-time experience.

Each player begins with the same deck of cards, but more powerful cards are added to the deck as the game progresses, and less powerful cards are eliminated. Deck builders are sometimes confused with deck creation games like trading card games. The distinction is that in deck builders, the act of constructing and customizing your deck is an integral part of the gameplay experience, rather than something that happens away from the table between games.